A Clash of Kings 7

A modification for Mount and Blade: Warband, set in the universe of George R. R Martins «A Song of Ice and Fire». Also known as the popular HBO TV-series «Game of Thrones».

Tweaks:
Added smoke to the burning mill.
Decreased the cost and morale penalty of sailing. 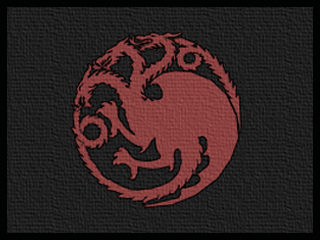 No. Will require a new save.

You can load the saves, changes apply just fine. Companions show up in taverns and sea travel cost is at half or so.

Just rename the ACOK 7.0 folder in savegames to ACOK 7.1

do you just transfer the saves to the acok 7.1 file and delete 7.0?

Can you please explain how I do that. I cannot find file named savegames?

you looked in documents?

What changes in version 7.1? 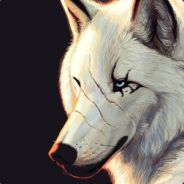 Tweaks:
Added smoke to the burning mill.
Decreased the cost and morale penalty of sailing.

I noticed a bug-like thing: the «special» troops like dreadfort spearmen, horn hill knights, etc only appear in the taverns when the game starts. Later, the tavern mercenaries are either made of basic mercenary units or the owning faction’s basic units, but never the specials. This occurs due to the fact that they are not represented in the basic faction_reinforcements tab I believe. Bringing back the local recruitment menu option at the special locations could solve the problem. (eg.: Karstark Archers at Karhold, WH Knights at White Harbour etc).

Can u show me how to do it, cause i want to recrut some crossing spermans but i cant fid then 🙁

I noticed 2 bugs in 2 quest. First problem is with quest called «Brothers», when I did it my party’s name changed to «Ser Jamie Lannister Party» and became red. From then, everyone who is at war with Westerlands is chasing me or running from we but when there is an interaction between them and me, the dialogues are like with all neutral lords. It doesn’t change when I join a faction, it’s the same, i joined Dragonstone when it was at war with THe Westerlands and all Dragonstone’s lords were chasing me. Second problem is with «Crowned Stag», when i capture Renly i don’t have an option to kill him, i thought that maybe it will be automatic but i’ve waited much time and he ran away from me so. These bugs are in 7.0 but as long as they’re not any fixes in the changelog related to them I decided to write them here.

Update: I just had the «Brothers» quest bug in 7.1 and it seems, that Brotherhood without banners/Lost knowledge/Blessed ring quest has something to do with it. When I finished those quests before Brothers quest, the bug did happen. Then I loaded save and finished Brothers quest first and the bug did not happen.

Do you know anyway to fix? I do not have a save before this happened.

Can confirm name change still happens in 7.1 hotfix. Getting constantly followed by lords and red with all factions.