Welcome to A World of Ice and Fire. A modification for Mount&Blade: Warband based off of GRRM’s A Song of Ice and Fire and the HBO TV show Game of Thrones. This mod has used Brytenwalda’s source as a base to re-build upon. Be prepared to create your own house and challenge the Seven Kingdoms in this adaptation of Game of Thrones. A gritty world awaits you full of treachery and traitorous kings, lords and knights. Will you survive the slaughter and take the Iron throne, or will you succumb to the traitorous ways that goes forth in Westeros and Essos.

This full version has been archived by the uploader because it is out of date and no longer supported. We recommend you browse the file list for the latest full version.

The release of A World of Ice and Fire Version 4.3. This is a full download so you can go ahead and delete your old version.

The release of A World of Ice and Fire Version 4.3. This is a full download so you can go ahead and delete your old version.

Unfortunately a new game will be required for this update. 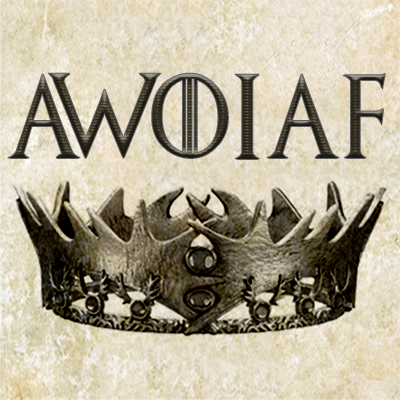 Does this fix Daenarys?

it hasn’t fixed her, she still just patrols around the sea and you cant interact with her.

I need more info, everything works fine here and I cannot reproduce the issue, what are you doing different to me? 🙂

260 days in and she is still working fine.

What kind of info do you need. I have the same issue and would love to help.

I think is related to the player conquering Dragon Stone or any castle in the vicinities like the one in the island to the left.
I know this because in one play-through where i left Dragon Stone to Stannis’ faction she was fine and in another one where i conquered the Castle trying to fix the fact where they both get it and it’s strange watching Stannis and Deanerys in the same place owning the same castle

Ok thanks i can take a look!

I have taken several locations from her including Dragonstone yet she still works perfectly fine for me.

You say her and Stannis own the same location?? This is another bug in itself, though no one else has reported it.

Are you definitely playing a new game on V4.3?

it’s definitely a problem of the steam version, the one on MODB works fine I tried

Just started playing 4.3 with no previous versions installed. I’m also experiencing this exact glitch. Can’t interact with her properly and can’t join House Targaryen. She doesn’t appear on the list of lords when asking for their location and she’s just out at sea patrolling. Quests I’ve done so far: finished the North/Nights Watch questline, delivered a letter to Stannis, received a Valyrian sword thanks to Jon, and then finished Vary’s questline. Not sure what else I should be reporting, nothing else seems out of the ordinary.

Did you have your own faction? Who owned Dragonstone before she invaded? Were you in a lords army? Where you a merc for anyone? Were you a vassal of anyone?

Don’t have my own kingdom. Dragonstone still belonged to Stannis. Was mostly an enlisted soldier under King Robb. Left his service once I received the first letter regarding his upcoming wedding. Went solo and started finishing Vary’s quest from that point.

I think it has something to do with the day she invade. Tried it many times. I did the varys questline very early with cheats to see the problem. Like early days, like day 1, and she seems to work. Then I waited 200 or more days, and she’s bugged.

I might have to try that. I can possibly import my character on a new save and cheat my way up to that point.

she was bugged as Greyworm said

Yeah. seems like it. I hope it gets fixed though. Cause when she arrives early, the Westerlands gets defeated very easy. They’re at war with like 6 or 7 factions.

Do you play on static wars or sandbox? This could be crucial.

when i do it early the targaryen leaders are fine but if i do it alot later its broken too. i play on sandbox anyways

It seems to happen to both. Cause I’ve tried both. Doing the quest late seems to have her bugged.

Seems like finishing the quest early into the game works. Imported my character to a new game and cheated my way through the quest line. Couple of weeks later ingame and she spawned in as a proper NPC.

I appear to be having the same issue, steam version v4.3.4 gamesave started on v4.3.0 I am

day 240, I can happily send you a link to a savegame? I am playing sandbox, show version, it may have something to do with steam auto updating versions on steam perhaps?

No cheats beyond using character import on myself and one of my companions from a previous version.

I own no fiefs so that appears to make no difference and I have no loyalties to other factions, also worth noting speaking to House Targ vassals I cannot ask them where she is located, she spawns in next to dragonstone, never enters and then sets sail and never lands. When you approach her you have two options, one is to set sail the other is to tell her to surrender which leads to combat where you can only change commander or leave.

Here is an imgur album showing what I mean

a mega link to my save file:
Mega.nz

Thank you for all your effort Prod, I’ll continue to support your game because I respect the work you’ve put in.