Iratus: Lord of the Dead — Tips for Beginners 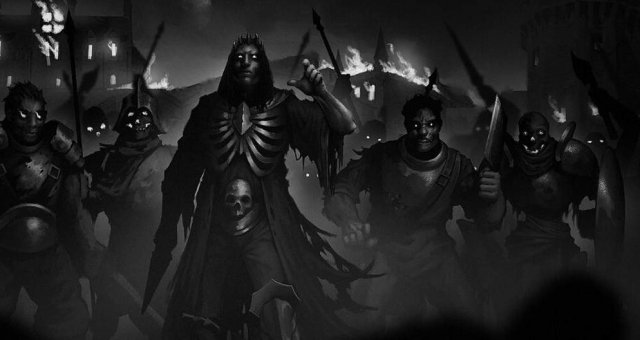 The guide mainly focused on presenting one of the strategies enabling to pass the game at the highest level. It contains some valuable tips for beginners in this type of games.

What is This Guide For?

What skill I use and why.

Amazing minion and core of your team. Don’t need to be lev 2 to be good.

Lev 2 as fast as you can. Good mix of self healing, debufing, and mana regen.

Geat damage dealer. Can atack everyone and debuff luck from enemy. Pull enemies and destroy stances. clear debuff from minions (most important to clear are fire and 100% crit and double damage to you).

Substitutes. Sometimes you will need a replacement for one battle to take some damage and heal. Below are my recommendations.

Good resistant and good mana gainer. Some good damage to. Swap to faster regen mana or heal your bone golems. He would be perfect if self healing did not cost so much wrath and was not dependent on a hit.

One skill make it OP. +50% damage +ward +block. Its good on second position to take damage infinitly and canonball from time to time. No self heal and opponents can crit from time to time make it only a subsitute.

Penetrating spear is realy good. 100% Stun opponents on last position. So you fight now 3v3 only. Also frozen minions regenerate good ammount of hp for a price of stun. Call of winter is realy strong debuff. You can one shot every opponents with it and Volley of spears destruction spell + 20% bonus from items on Iratus is nice, single target combo. Also can heal and remove traps good on early levels.. If in the next update party will have 5 minions i will take it 😉

No self heal (can’t freez himself), can get big hits, low hp pool. Opponent on last position can have block and lots wards for combo with spells. Golems and other minions can take hits instead of opponents on last possition. Definitely my favorite replacements but not to good on every situations.

Strategy Throughout the Game

At the beginning general rules.

Try to generate a map with an early sacrificial altar. Use Dark Knight on it. It will give you a book that grand you free 300 exp on a next fight. The more the better. You realy need 9 levels realy fast to become a god 😉 or at least the game will get easier from now on.

You will certainly make mistakes, so keep at least the ingredients for one golem and mummy.

Deal damage quickly to units that does it the most to you. Keep 1 or 2 units at the end and start healing, regen mana and use mummy to lower crit rate to 0% on them. Put block from golem on everyone and regen to full. Most important to kill will be:

You will have big problems to accumulate a large number of skulls and bones. Try not to use them to create minnions for sacrifice. Try to find them in graves on a map. If you realy need another minion create a vampire. His components has the lowest value.

To upgrade your minions you only need bones and skulls and some dust and rugs, 1 flesh, 1 armor. From 2 component you can make 1 different. Learn how to do it and start to create new component then you are comfortable with your team, even if it seems potentially a waste. Remember that you may also need 2 legendary armor component and weapons to create a legendary weapon and armor item also needet to buff your minions.

On a map try to avoid early elite squad. (less than 5 fight) try to find a late one. Plan early your whole route and count your steps. Take a route with altars and stele with the most fight you can take. Every fight is an experience and components. Its realy important. Try also avoid quests. You can lose a lot and usually you lose.

After every fight ask yourself a question! Can I do something to upgrade my team? Maybe new building or invest into new item. Also check your artifacts and consumable artifacts. Maybe you need to change something for next fight.

Never give your minions uncomons and rare parts. Bonuses are weak and you will need those part to make a legendary one. There is one artifact for Icarus that i recomended. It gives +20 hp if you have at leat 4 uncomon part. This is the only exception to the rule when it is worth doing it.

Dont afraid to give items to minnions if you can, even if they don’t match perfectly. You will not upgrade items so you will exchange them for better one later.

The best items are that give you additional chance for components or exp.

Frequently asked questions for Iratus: Lord of the Dead

Iratus: Lord of the Dead is a dark fantasy-style turn-based tactical roguelike RPG. You will stand by the dark side and help necromancer Iratus to escape from the dungeon he was imprisoned centuries ago. As a true necromancer, Iratus dislikes using weapons by himself and prefers to destroy his enemies with obedient minions such as skeletons, mummies, and vampires.

What was the game developers’ inspiration?

Primarily, Darkest Dungeon and Dungeon Keeper. The first one inspired us to make a tactical system, and the second one gave us an idea to create a game where the main character is the Lord of Darkness. We are also influenced by Slay the Spire and Disciples 2.

Did anything in particular influence the art style of your game, such as certain mythologies or stories?

The protagonist was influenced by Vrubel’s «The Demon Seated». In addition, our art lead took inspiration from Lovecraft’s works, HoMM (especially 5) and also Dungeon Keeper.

What is the difference between your game and Darkest Dungeon?

In short, we’re striving to evolve the most advantageous points of Darkest Dungeon’s gameplay and removing monotonous systems as much as we can. The main focus is a variety of tactical possibilities with a comprehensive economic system, based on Iratus’ abilities and minion creation.

What are the specifics of the game’s economic system?

By circumstance, Iratus turned his lair into a tactical operation base. Iratus creates minions from the body parts of his deceased enemies: bones into skeleton, flesh into a zombie, rags and ectoplasm into a banshee etc. Also, there are many different ways to use talents, artifacts, minion items, alchemy, cemetery buildings. These are determined by the player’s chosen style of gameplay.

Could you give more details about Iratus’s battle system and tactical abilities?

Iratus’s fighting system offers a large variety of tactical skills and prowess. A crude attack is unlikely to succeed, so setting up each battle should be strategic. Something as simple as where a minion moves during an encounter can be the key to victory. Alongside a minion’s abilities, the player can also use the spells of Iratus.

What is the engine of the game? What kind of technologies do you use?

We’re using Unity as our engine, thanks to its popularity and adaptability. Character animation for Iratus is created with Spine Professional.

On which platforms can the game be played?

Currently, Iratus was released for Windows, Mac, and Linux both on Steam and GOG. We have plans to port the game to other platforms in the future.

Which languages the game is translated to?

Is gamepad support planned? Will be here the mod support? Will you port Iratus to other platforms?

We have such plans in the list, so let’s hope we’ll implement it in the future!

Who are you — the developers?

Iratus is developed by Unfrozen, a studio based in St. Petersburg, Russia since 2016. At different times, members of our team were involved in a variety of game projects for different platforms. The studio’s founders worked in Gamedev and game journalism for over 15 years. Our first project — Iratus, was successfully published on Steam and GOG, and now we’re working on the DLC.

Are you in touch with Redhook Studio?

No, but we give proper respect to the talent and creativeness of Darkest Dungeon’s developers.

Can I help you with your project?

If you’re interested in Iratus, we would be grateful if you could share information about the game with your friends, including sharing it on social networks. You can send your feedback about balance and gameplay to our official Discord channel. We are looking forward to constructive feedback from our community. Your ideas and requests are extremely important to us for making this game as exciting as possible.

We would love to talk to the game press. Just contact us via [email protected], and we will get in touch with you. You can also check the https://iratus.org/presskit.